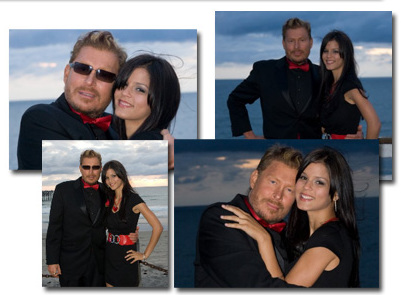 Home » Word Vomit » PB Millionaire, or is it PB Reality? Or is it you’re still a tool?
PB Millioniare

Yep. Another fucking preface. I’m sorry I’m not sorry. I just have some stuff I want to say that’s not really related to the “blog”, so here it is. What I wanted to declare for all to hear that I am never going to date another “blogger” again. What a disaster. As I’m sure some of you recall I went on a date with “The Dating Chronicles of a San Diego Single” girl. On paper she sounded okay, she was single, mildly entertaining, lived in San Diego and more importantly willing to go on a “date” with me. So I’m sure you read my side of the date and her side of the date. The problem with her side of the blog, is that it sits on a thrown of lies. Usually I wouldn’t feel the need to defend or refute comments but people are idiots and apparently I need clarify a few things. Also I get hate comments I have to delete on my blog, which is just getting annoying, so here’s some facts about the date:

2) I DID NOT call her tall when I first met her.

She said in her blog that when I first met her I said “Wow, you ARE tall”. False.
Although I did thank her for being a giant, but at this point we were having so much fun it was totally acceptable. Yeah, another thing, the date was fun, we had a blast, we were tweeting another story for fun, which is our fault, we let out internet egos get in the way.

3) I never offered to take her to Subway.

Really? People are dumb if they think I would actually go on a date to subway.

There it is, out in open. We haven’t spoke/text/tweeted since the date, so I’m pretty sure were probably never going to see each other again. Which is a shame because she was actually pretty cool in real life. On to the blog…..

In my opinion… I don’t even know where to begin. I actually kind of want to begin this blog by punching myself in the eyes, but I remember that I have a low threshold for pain and it would probably be really difficult to type when my eyes are swollen shut. Why do I want to start this blog by punching myself in the face you ask? Well, it’s because I just spent the last 23 minutes of life, eye fucking the shit out of the PB Millionaire’s terrible terrible website. I wanted to get an update to what’s new and exciting with the douchest guy in “PB”, and it was one of those things where I just wanted to look away but couldn’t. You know like 2 girls 1 cup type of thing, you want to look away, but you can’t. You just can’t. Anyways, our friend, the PB Millionaire is at it again and I’ve got some tales to share with you. I just ruined 23 minutes of life, and hundred brains cells in order to gather information for the purposes of this blog. The things I do for you people.

Okay were going to make this as interactive as possible, let’s start with this, first step is for everyone to get in front of a computer. Okay, let me know when you there. Ready? Okay, now open a web browser of your choice, except Internet Explorer. Not because it won’t work in Internet Explorer, but seriously who uses IE anymore? From a nerd stand point, it just sucks, please get a real one. I’ve also discovered www.SingleSteve.com doesn’t work correctly in IE 6 or earlier, so if you are using IE 6.0 or earlier, we can’t be friends. But I digress. Focus. In the web browser address, navigate to pbmillionaire.com.

Whaaaaa. What’s this? Interweb magic. I know right. Apparently he is no longer the “PB Millionaire” douche bag, but now he’s branding this “PB Reality” garbage. Me thinks he’s not as rich as he seems. I guess “PB 35k-a-year-ionaire” doesn’t really have the same ring.Let’s dig deeper into this, so “PB millionaire” used to stand for “Philanthropist Bachelor Millionaire”, right? At least he used to pretend to be philanthropic while he was creeping on girls half his age. I searched the website and couldn’t find any more references to PB standing for “Philanthropic Bachelor”…..interesting. Where did it go?

Which leads me to exhibit A: a video I found of him on NBC San Diego from this years Street Scene. Play and read my time stamped comments as I walk you though this completely social awkward video.

I’m sorry for making you sit through that video. Kind of.
The highlight for me was when he basically said one of his assistants has fucked up teeth. So basically Philanthropist Bachelor is out the window, and he’s now pushing his reality show. Awesome.

So navigating back to his home page, notice the silence of your computer is interrupted by his music that starts playing automatically. Doesn’t he know how fucking annoying it is to go to a website and have music automatically start playing!? If I went to google.com and music started to play every single time, I would punt my computer into the face of the guy that’s responsible for that code. I’m just saying, it would be pretty fucking annoying. And I’m pretty sure HE DOES NOT own rights to that song to have it playing his website. But I digress, let’s take a look at “Here’s What’s Happening”.

Shouldn’t he be helping her into the car? Or is he too rich to do that? 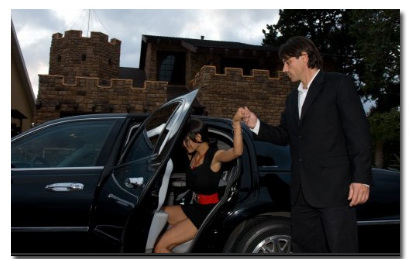 More awkward prom photos. Notice how it goes from day light to dar. JEBUS, How long were you taking photos?! If I was on a date and said they were going to stop and take prom photos for an hour before dinner, I would fully expect to get uppercutted. Or maybe this is what happens when you go on a date with a model? Anyone know any models I could date with? You know, just to try this theory out.

Ruh roh Scooby, looks like PB millionaire has a girlfriend? Or at least had a date for Valentine’s Day.

I guess I’m just jealous because I spent my Valentines on an “Anti-Valentines” bar crawl in pacific beach. I may or may not have blacked out, and woke up at 1am covered in Wendy’s….Happy Valentine’s Day to me! It wasn’t my finest moment.

It appears be just like my work’s Christmas party, except these girls who would be dudes with thick glasses. And they wouldn’t be dancing on the bar, the would be talking about engineering. Basically the same thing. What kind of party has a 15 to 1 girl to guy ratio? I know that sounds like every guy’s dreams., but I think that sounds terrible. I can only please 12 girls at night.

Also, for being really rich, I don’t know why he doesn’t invest in a copy of Photoshop.

His birthday looked fun, but my birthday celebration is way better. I’m just saying. It’s in conjunction with a friend, and we always do an epic bar crawl (Mid April, SAVE THE DATE). The best bar crawl you will ever go on, minus one’s hosted by CrawlPB.

I’m not sure why I made that collage, probably because I have the attention span of an infant and forget I’m in the middle of writing a blog. But let’s get back to bashing our friend, PB Millionaire, shall we.

It looks like he finally found his 4th angel. Good for him.

It got me thinking, if I could pick, who would my 4 angels be.

So there you go, now you know my type. Let me know if you think there’s anyone that you think would be good for me.

Also NO WHERE on his site does he mention a single thing he does to help or better the community. Not a single fucking thing. Alright I’m done bashing the PB Millionaire. I promise I’m not a jerk, I just play one on the internet.

PB Millionaire: IN MY OPINION