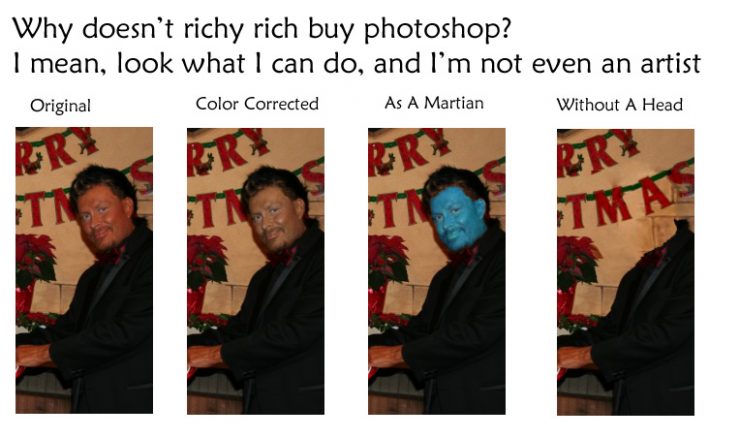 PB Millionaire: IN MY OPINION

Yep. This blog has a preface, I’m not sure what’s actually in a preface since I don’t actually read books. A fun fact about me, I hate hate hate reading. I know right. Shocking? Maybe not. I don’t even like proof reading my own blog after I write it, which is obvious by the misspellings, grammar mistakes and my poor excuses for sentences. But I’m not a writer, nor do I claim to be,  which means I can pretty much write how ever I want, I can start sentences with the word “but”, I can also just keep adding comas to a sentence, if I wanted to, because, that’s how it sounds in my head, when I talk, which is how it comes out when I type it up, take for example, this sentence you’re reading right now. So now you know. But that’s NOT the point of this preface. The point of this preface is 2 fold. I need 2 things from you.

Based on those 2 facts, I’m going to pathetical and egotistically ask you to invite your friends to become a fan of facebook fan page. FACT: I did the math and if each of you invites just one friend, the group doubles in size. Unless you think this blogs sucks and your friends wouldn’t think its funny, in that case, please stop reading now. Glad you’re still here. I’m just saying, its what keeps me writing, seeing randoms join the fan page. Of course I enjoy seeing my “real life” friends reading my blog, but I feel like they are personally coerced enough, that they better fucking read it.

I’ll pause for a moment and let you invite your friends. Come back when you’re done.

Awesome. Anyways, on to the blog…

Apparently I need to start all of my blogs with IN MY OPINION, because otherwise ass clowns think they can sue me. Well get into that mess later…..
If you haven’t read parts 1 or 2 yet, I recommend you start there.

I actually wrote a blog about a month ago completely bashing the PB millionaire and made some funny comments on his videos, pictures, etc, but didn’t post it because I had a change of heart? Whaa whaaaa? A change of heart you say? Yes, it’s true. I was just about to hit the publish button, when I decided I was going to try and be the bigger person in this love hate relationship I have with the PB Millionaire. Why the change of heart you ask? Well I was just about to publish the 3rd part in the PB millionaire series of blogs when I ran across this content on his web page…

Annnnd okay, so as much as I think he’s a super douche who hires girls half his age to party with him, I also kind of (kind of) respect his attempts to be philanthropic. Anyone that knows me in “Real Life” knows I’m extremely philanthropically oriented. I coach a Special Olympics basketball team, I’ve been a big brother for big brother big sisters, I’m president of a non profit that gives away over $20,000 in scholarships to local San Diego college students a year, and other yada yadas. BUT that’s not my angle, and that’s NOT my branding for this SingleSteve.com blog. Unfortunately that IS part of PB Reality’s branding. And I also feel like he “trys” to do some good for the community, but he is so poorly presented and marketed to the outside world through his webpage and videos that he comes off as just this old guy that parties 99 percent of the time and might do something good for the community 1 percent of the time. So I decided to give him the benefit of the doubt, you know what, maybe he does do some good stuff for the community? Like the story above about helping a family in need during the holiday times. That’s pretty awesome, poorly written and badly presented, but awesome that he helped a family out in times of need during the holiday. So I decided to reach out to the PB Millionaire and offer my “services” to help him with his branding, social media and web content. I was legitimately and honestly interested in helping the PB Millionaire. I reached out to him and his angels with this email…..

So yeah, that was my email. I got a response, almost immediately, but I’m not going to post it because I’m not sure how legal that is…..but I can summarize and paraphrase what I got back from “Jen and the PB Reality Staff”. Basically the email said they were actually aware of my blogs for quite some time and Jim has the ability to laugh at himself and not take criticism seriously. Which is good, because I really put him on blast. They did say they were hesitant to trust me and me offering my services to them, which is fair enough, I mean prior to this email, they probably thought I was the worst person ever, actually they still might. She said they MIGHT be willing to work with me, if I were to take down my blogs. This then became a which came first the chicken or the egg conversation, I will GLADLY take down my blogs about the PB millionaire once I feel like they are no longer true, once my opinion has changed of him based on new content that is presented. But they won’t let me help them change his content until I take down my blogs. See the problem. And me being a little stubborn and feeling like I’m already going out on the edge giving him the benefit of the doubt that’s he’s not 110 percent a turd and offering my services to him, there’s no way I’m taking down my blogs first.

She also called my blogs a “hate forum”, which is probably true, but I can’t be responsible for what other people comment on of my opinion.

And then she said something that enraged me:

“There are laws written to protect people like Jim from people like you.  We highly recommend that you do the right thing on your own accord or Jim may be persuaded by his attorney to force you by law”

They think they can force me with the law to take down my blogs!? WHAT!? THIS IS THE FUCKING INTERNET. I write my blogs based on my opinion of every thing HE puts out in the public domain. It’s like if I went to go see a movie, then wrote a bad movie review and said it was literally the worst movie I’ve ever seen in my life. You think they would be able to make me take down my opinion just because it’s negative? False.

So anyways that statement just threw me back a little. I wanted to respond with a big FUCK YOUR FACE, but decided to again try and be reasonable about it. Here’s my response:

For those of you that don’t recall, I found this photo on his PUBLIC myspace http://viewmorepics.myspace.com/index.cfm?fuseaction=viewImage&friendID=72611674&albumID=538362&imageID=557517

I’m sorry if you clicked on that. I’m merely suggesting he cleans his shit up. Maybe don’t post pictures of your junk on myspace, or at least don’t pretend not to be a douche if you do. IN MY OPINION that’s what douche bags do.

They never responded back to my email. Guess they’re happy with way things are. I’ve got no complaints either.  BUT do expect another blog coming out soon with MY OPINIONS about new exciting updates with the PB Millionaire/PB Reality. Probably before I leave for Vegas on Friday. Get excited. Here’s a sneak peak…..

In my opinion I think “Bring It On” was a terrible movie, I also I think the PB Millionaire is an ass clown. I hope the makers of “Bring It On” don’t make me take down town this blog because I said their movie sucked.

I don’t know. Am I in the right? Can I be writing what I’m writing?