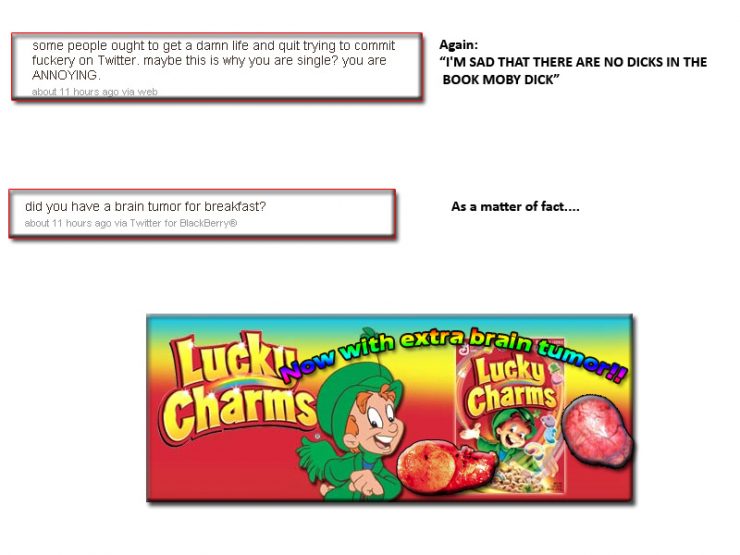 Why hello there. Welcome back!

I agree, I’m a jerk. And a liar. A dirty rotten liar. I do this every single time, I write a blog, apologize for not writing in a real long time, and then tell you, but “this time it’s going to be different, baby, I promise”. I promise I’m going to write more, I promise that this time I’m going to write all the time and this blog is the first of many to come. But it never is. It’s always just one random blog, months of nothing, then another blog that starts this process all over again. It’s like playing just the tip, you know, just to see how it feels. Except the tip only goes in like once every 3 months. But it became apparent I should write again last night when the first words out of at least 5 of my friends last night at a bar were “When’s the next blog clown!?”. Also my friend Greg actually threatened to punch a baby if I didn’t write a new blog this weekend, and no one wants that.

There is nothing funny about punching babies. Unless you have one of those giant novelty gloves and the baby is wearing oversized sunglasses, and even then it’s probably on a case by case basis. Also last night, one of my friends said “I heard the FUNNIEST story about you.” I said oh really, do tell, I love funny stories. Apparently the funny story was, his friend’s 13 year old little sister found the blog and was messaging with me and I didn’t know she was 13. What the WHAT!? So I don’t think I’ve ever messaged said person, but the fact that this story existed makes me nervous face. I’m sure it was a classic game of telephone, that by the time it got back to me, it was, “did you hear Steven is messaging 13 year olds and offering to buy them Four Lokos, purple monkey dishwasher.” So if you’re 13 and reading this blog, please stop. Click here now if your 18 or younger

So let me catch you up with me, not that any of you actually care, but let’s play pretend. I think last time we spoke, I had a girlfriend? I know this may shock some of you, but we are not together anymore. I can’t really talk about it, for fear she will smash my face. I’m joking, but mostly I’m not. She literally said if I ever wrote about her in my blog, she would smash my face. In fact me writing this, is probably too much, and she’s making a clenched fist right now as I type. Which is ironic because the only reason she met me, and we went out is because she found the blog, and proceeded from there. BUT she’s a great person, with a bright future, and I hope she finds her Mr. Right (Yep, this is my please please don’t smash my face for mentioning you statement). So I’m back to being “Single Steve”, and the crowds rejoiced. I think you guys actually get joy out of my single hijinx. Good, because I do too.

Yep, I’m back in it to win it. I was going to write a recap and final conclusion blog about the PB Millionaire, but then something so comical happened to me today I had to share this with you. Also, the PB Millionaire blog is turning out to be an epically long post, which it should be. I hope to make it the concluding chapter in our love hate relationship. I plan to be done with that ass clown, he’s not worth me wasting any more key strokes on. Also was going to describe the date I had this weekend, which the title was going to be “It’s like I’m kissing a corpse”, but these are all coming down the pipeline soon. Promise.

For this blog, I HAVE to tell you about this fight I got into today. What kind of fight you ask? Well the most manly type of fight to be in, a twitter fight. Yeah, a twitter fight, you heard me. A fight, that takes place in 140 characters or less increments. For the record, I have never been in an actual real life, throwing fists, defending my manhood, fight in my life. Not that I’m a wuss, but I don’t see how me getting my face smashed in is going to help any practical problem. Unless the problem is, I’m too attractive, and the only way to solve it is to have some guy uppercut me. Also I’m too hilarious to punch. I usually use humor or self deprecation to get out of tight spots with aggressive meat heads. But on the internet, bring it on bitches. I be the baddest mother fucker with an IP address west of the Mississippi. That’s actually not true either, but I will say people are braver on the internet.

I guess I should explain twitter, since 90 percent of you probably don’t “tweet”. How to explain twitter….basically it’s the dumbest thing ever. It’s basically like standing in a quiet library, but every couple minutes you insist on yelling every little detail of your life:

“I AM READING MOBY DICK!”

“I’M SELF PROMOTING MY SHITTY BLOG”

“I’M CLAIMING TO BE A SOCIAL MEDIA EXPERT, BUT I ONLY HAVE 34 FOLLOWERS!”

You know things like that. So imagine you’re yelling, but only get 140 characters to yell every single time, so now you have to start getting clever with your words. Also every time you yell something, you look around the library and see who cares, usually the room of people ignore you, some put headphones, some just stare at you like you’re crazy, like they’re wondering why you are yelling and why do they care. A few, a select few, will actually be interested, they’ll probably move closer to you, actually even respond back to you. By the time they get closer to you, you realize it’s a 53 year old man who lives in his parents’ basement in Nebraska, and is only responding because his life is equally as lame. Now imagine this, but instead of 1 person yelling, it’s actually 5093457 people yelling non-sense all day, everyday. Most of them with self promotion goals. That is twitter.

I’m not going to lie, I’m completely guilty of this too. I tweet like it’s my fucking job. Non-sense, all day everyday. If you ever want to know what I’m doing, what I’m thinking at any given time, you can probably find out here:http://twitter.com/SingleSteve. I agree with all of you, twitter, is, dumb. Which is how I approach it, I tweet stupids things, drunk things, mostly I just try to be ridiculous with it. But in all seriousness, I use twitter for the same reason I do a lot of things, to meet girls. Sounds creepy? It’s the internet, what do you want from me. Not that I’m successful, but it seems like the right place to try. Where am I going with all this…okay so today I posted:

Because I wanted to get a popular decision as to how to handle this situation. Twitter is good at shit like this, where you just yell into outer space and see who pipes in. I got a lot of responses, I don’t know if you know this, but everyone on twitter is a dating expert. I think it’s the default bio when you first sign up for an account. Which is good, it works out for me. Most of the responses I got were something to the extent of radio silence would be the best option. We had been on one date, and it wasn’t crazy awesome. I did get a few saying to call her and let her know, but again, I was going to go with the popular vote and my gut instinct. That’s when I saw this tweet:

Nothing offensive about this, just her inputs. BUT, this part really stood out to me: “don’t be a dick, dude.” I mean she didn’t directly call me a dick, but it’s the phrasing of it right. So when I say something like “Don’t you dare push that button”, “Don’t eat that cookie”, the way those are written is, if I wasn’t telling you not to do something, you would totally eat that cookie. The assumption is, I’m going to push that button, unless you would have said something. If that makes sense? I tried to look this up, as to what the technical term for this type of language and phrasing is, but couldn’t find it. Any English majors out there? So basically the phrasing of the statement was with the assumption of I’m going to be dick.

Also, girls that use the word “dude” in everyday language, super attractive, especially in text messages or twitter. It says classy town USA. Anyways, not that I care if she would have said right out, YOU’RE A DICK. That’s fine. I don’t care, it’s the internet. I make fun of people all the time, and encourage people to do the same. So I tweeted:

Which, to me, is funny. Not that I think she actually thinks she called me a dick, but I thought it would be a funny tweet, so I posted it anyways. This is apparently what started the battle. Here are the tweets that followed:

I Lost a follower, but I also gained like 20 today. I think it’s because I got endorsed by these hot ladies today. Thanks!

I’m a not a jerk, I promise, but if you attack me on the internet and I can turn it into a funny story, I am going to fight back.
My company’s holiday party is next week. I was sweating that I wouldn’t have a date for a little bit. I called and left a message for this girl, and for some reason when the voice mail beep went off I pretended to be Zack Morris, from Saved By The Bell, calling on behalf of Steven to ask her if she would accompany me to the party. Not really sure why? I think I just panicked. Sometimes I do that, like I’ll start talking in english accents on voice mails. But she didn’t respond for a couple days, so I assumed the old Zack Morris routine ruined it, but she contacted back and said it’s on like Donkey Kong. Hurray!

Leave me comments or join my http://www.facebook.com/SingleSteve. It’s the only way I validate my existence.